Always is the best time to visit Puerto Viejo, but depending on your interests certain times could be better for you than others. 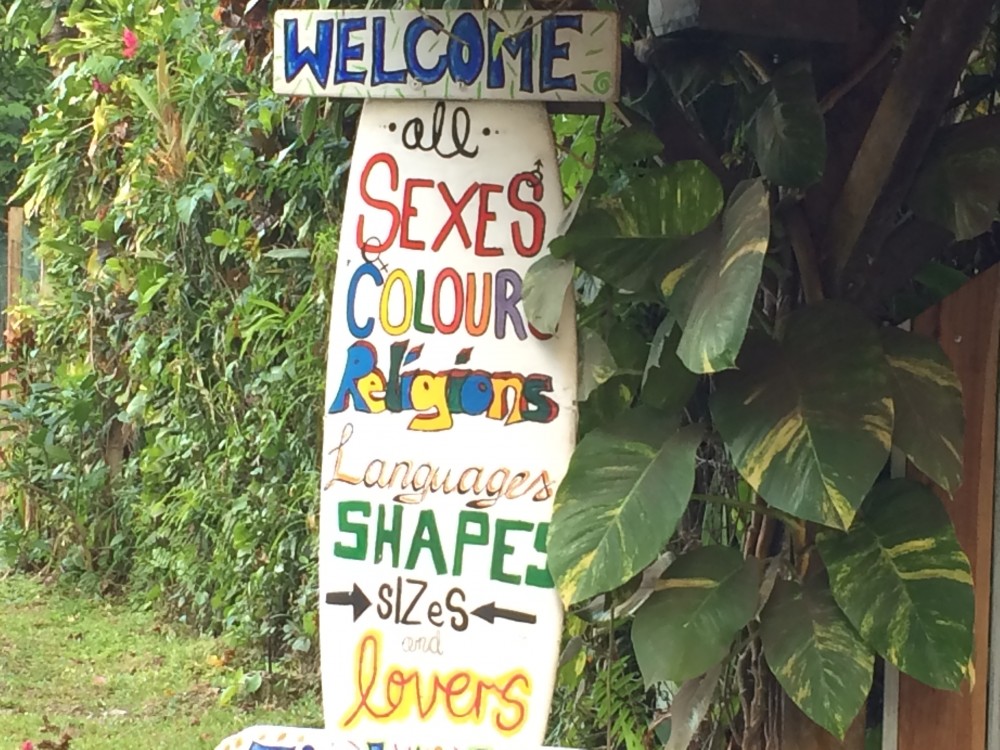 Compared with many of the popular destinations on the Pacific coast, Puerto Viejo has a lower annual rainfall overall. However, the rain tends to fall more evenly throughout the year here. Keep in mind that this is a rainforest.

These months are the driest of the year with occasional rain usually occurring at night or early in the morning.

May, June and July are the rainiest. 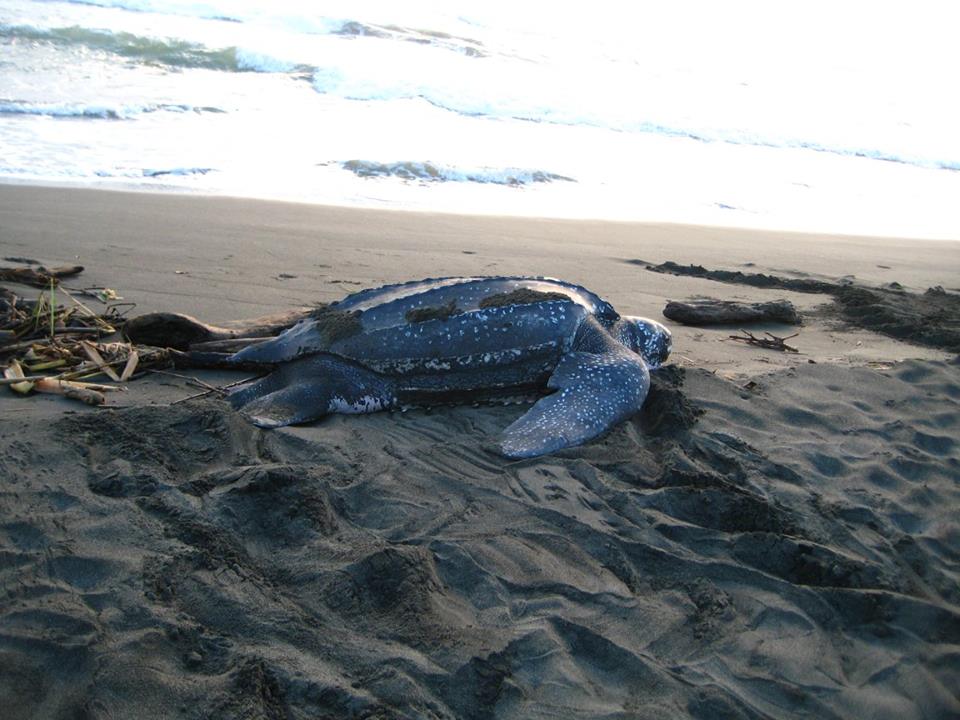 Turtle watching is a truly amazing experience and it is a must for anyone who appreciates nature and animals.Puerto Viejo has two national parks in close vicinity that are nesting sites for turtles.
Tortuguero National Park– Green Turtles – Nesting July-October
Tortuguero beaches are considered one of the world’s most important nesting sites for green sea turtles, which weigh up to 200 kg and can lay up to 700 eggs per season. Babies hatch after 60 days.
Gandoca Wildlife Refuge – Leatherback  Sea Turtles – Nesting April-May, Hatching July -August.
Gandoca Wildlife Refuge is a nesting place for Leatherback turtles – the oldest animal on the planet and the biggest sea turtle in the world. They can get to be 2m long and weigh up to 600 kg. 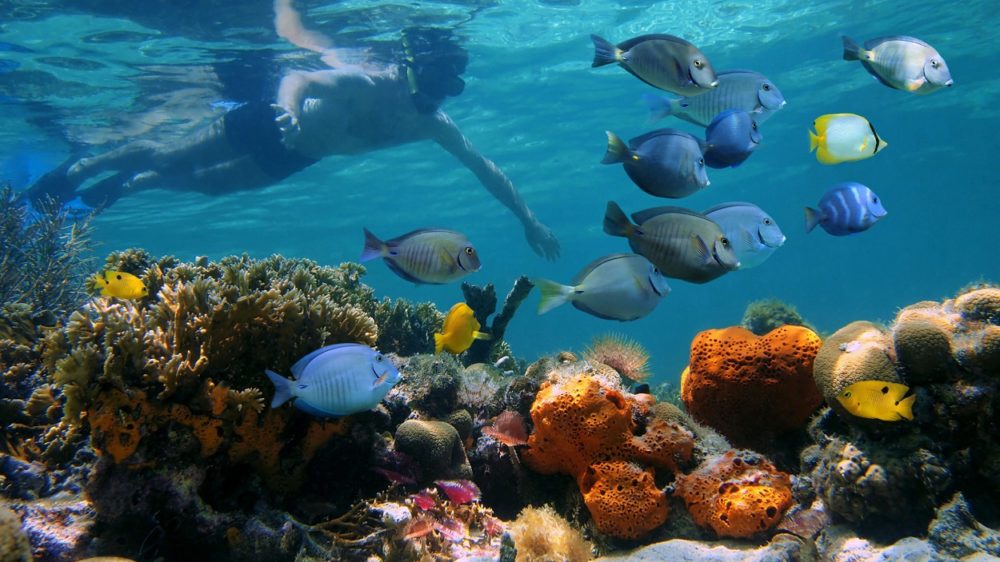 Puerto Viejo and Cahuita have some great snorkeling spots and whether you choose to take a boat trip to an outer reef or simply snorkel from the beach, in the calm ocean of September and October you’ll be rewarded with good visibility and plenty to look at. 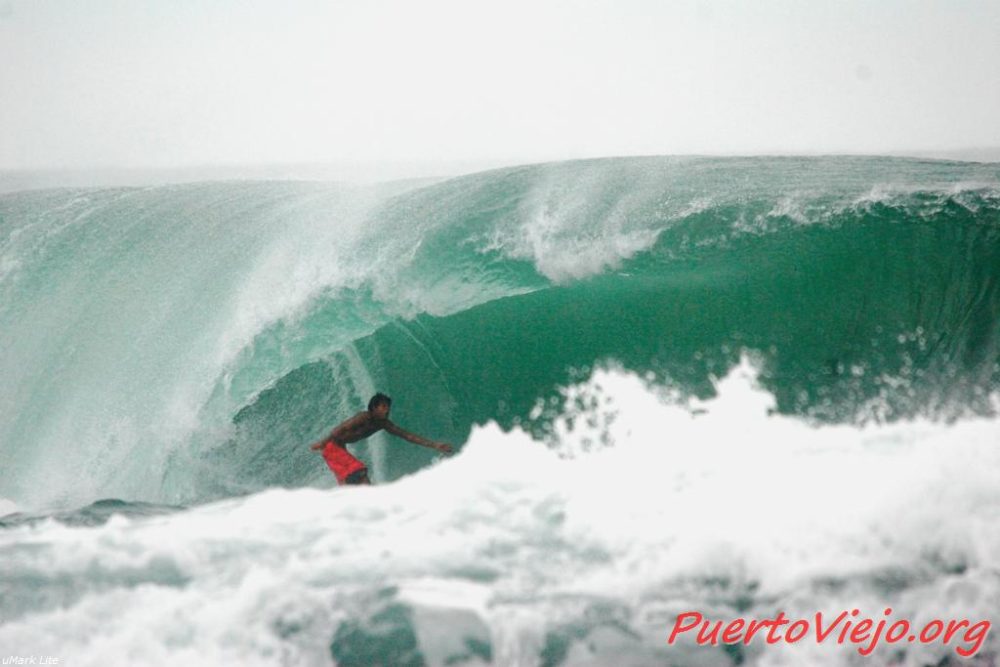 Puerto Viejo is famous for surfing and it has been home to some of Costa Rica’s most legendary surf competitions, held at famous Salsa Brava.
It seems to me that the surf season is all year around, but waves tend to be largest and best for surfing between December to March. This is also the “high” season and it is quite lively here. 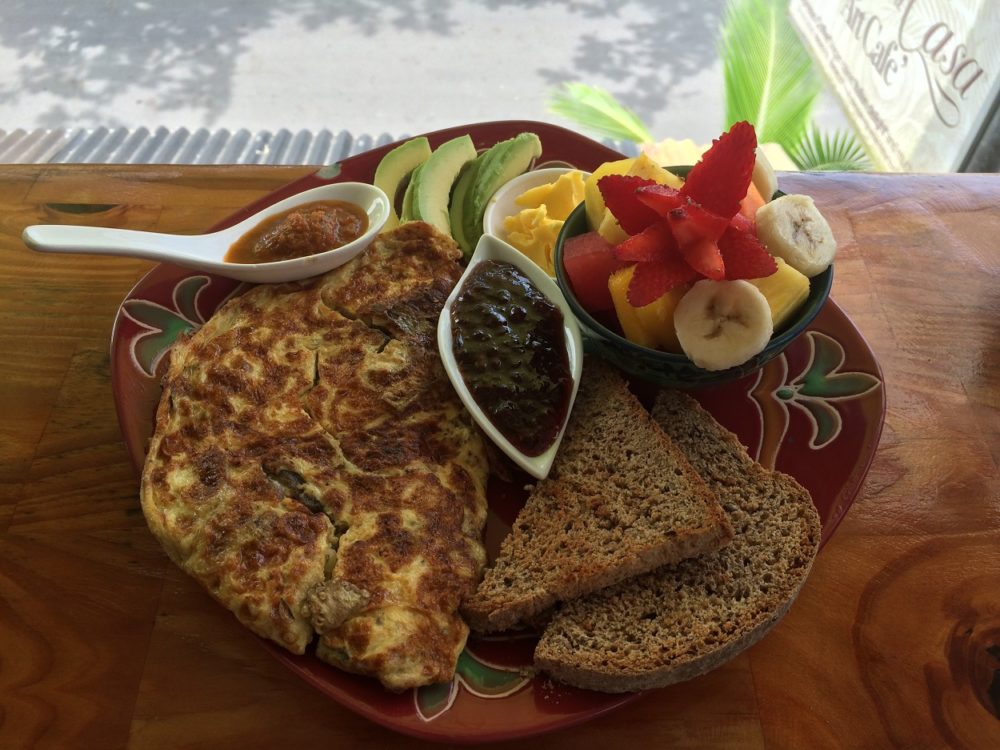 There is an abundance of incredible restaurants in Puerto Viejo. You can find here everything from local Caribbean meals to Seafood, Italian, French, Sushi, Vegetarian, Organic, Gluten-free and much more. 🙂
Typically the prices are
$7-$10 for breakfast and lunch
$10-$17 for dinner
$15-$30 for dinner in upscale restaurants
$6-$10 for local plates (chicken or shrimp with rice and beans cooked in coconut milk, with salad and plantains)
$15-$18 for whole fish plate
$2.5 for pizza slice (delicious one) 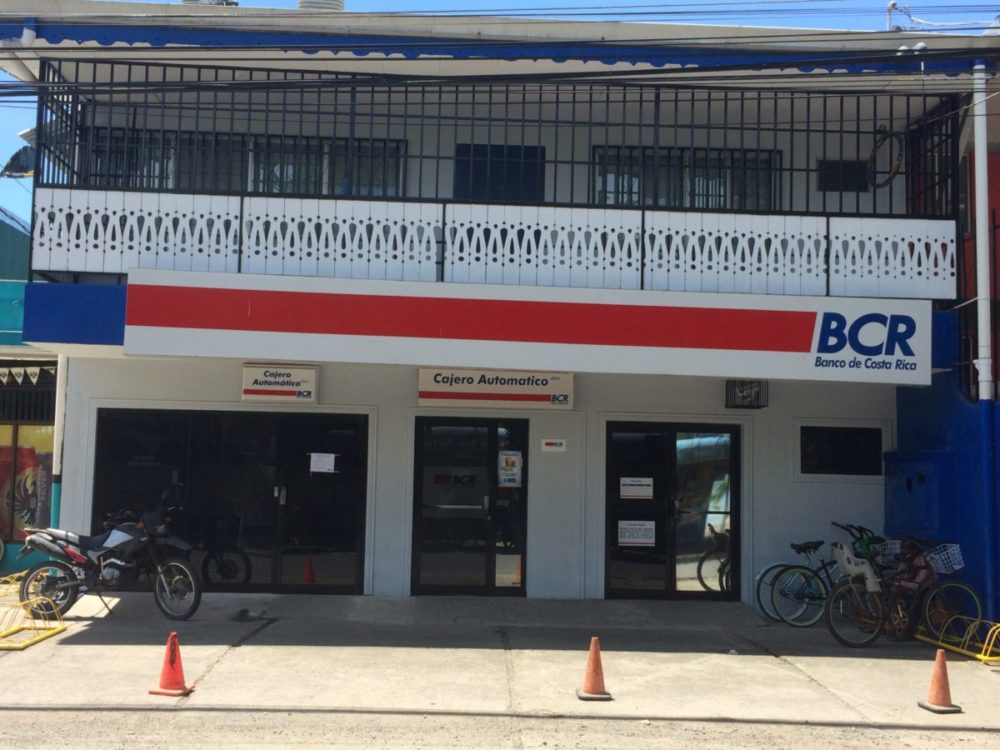 Costa Rica’s currency is Colon. Approximately 550 colones is 1 dollar. But if you have US dollars it is not necessary to change it to colones, since the US dollar is widely accepted here in Puerto Viejo.
There are two banks in Puerto Viejo. Both have ATMs open from 6 a.m. to 10 p.m. The ATMs are both Visa/Plus and Mastercard/Cirrus affiliated so most debit or credit cards will work with them.  ATMs will dispense Costa Rican colones and will also offer you the choice of withdrawing US dollars as well.
Grocery stores will take credit cards (they will ask to see your passport or driver licence if you are paying with the credit card). Do not rely on other vendors taking credit cards or especially travelers checks. And as for Canadian Dollar – you will have to go to a bank and wait in a line to exchange it for colones.

How to Get Around Puerto Viejo 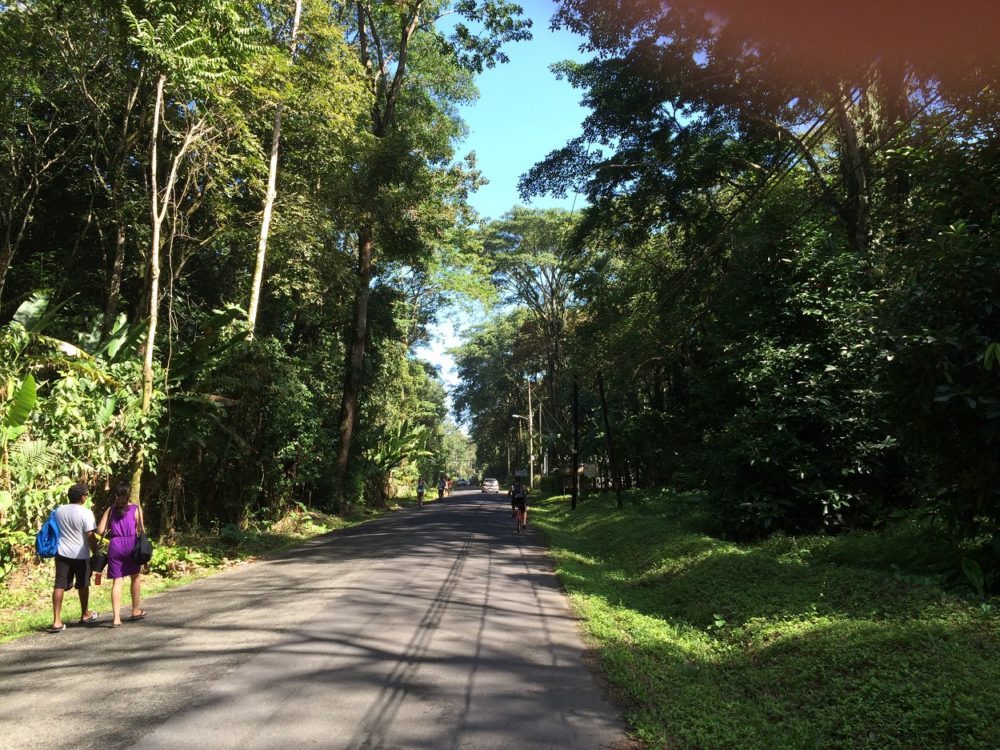 The flat paved road that connects Puerto Viejo with other little beach towns and beaches is perfect for riding a bicycle and it makes it a breeze. It’s also very possible to see monkeys or sloths during your ride. There are plenty of places to rent bicycles in town, around $6/day, and if you are renting for a few days in a row, you can get a better price.
If you are staying outside of town take a taxi after dark. They are cheap and safe.
There is a bus that connects Manzanillo with Limon (stopping along the way in all of the beach towns) for about $2. The first leaves Puerto Viejo at 6:45am and the last leaves at 7:15pm.